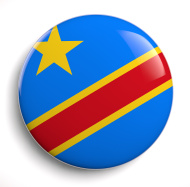 THE HISTORY OF DR CONGO

The Democratic Republic of the Congo (French: République démocratique du Congo ), also known as DR Congo, DRC, Congo,Congo-Kinshasa, DROC, or RDC (known as Zaïre 1965–97), is a country located in Central Africa. It borders the Republic of the Congo, the Central African Republic, and South Sudan to the north, Uganda, Rwanda, Burundi and Tanzania to the East, Zambia and Angola to the south and the Atlantic Ocean to the west. It is the second largest country in Africa by area and the eleventh largest in the world. With a population of over 75 million,  the Democratic Republic of the Congo is the most populous officially Francophone country, the fourth most populous nation in Africa and the nineteenth most populous country in the world.

The Congolese Civil Wars, beginning in 1996, brought about the end of Mobutu Sese Seko’s 31 year reign, devastated the country, and ultimately involved nine African nations, multiple groups of UN peacekeepers and twenty armed groups. The wars resulted in the deaths of 5.4 million people since 1998 with more than 90% of those deaths the result of malaria, diarrhea, pneumonia and malnutrition, aggravated by displacement and unsanitary and over-crowded living conditions.[12]Nearly half of the victims were children under five. As of 2013, according to the Human Development Index (HDI), DR Congo has a low level of human development, ranking 186 out of 187 countries. 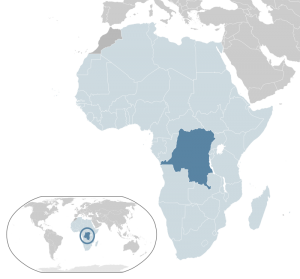 DR Congo is extremely rich in natural resources, but political instability, a lack of infrastructure and a culture of corruption have limited development, extraction and exploitation efforts. Besides the capital, Kinshasa, the other major cities, Lubumbashi and Mbuji-Mayi, are both mining communities. DR Congo’s largest export is raw minerals, with China accepting over 50% of DRC’s exports in 2012.